Updates on our COVID-19 Research

The Wistar Institute, the nation’s first independent biomedical research facility, was founded in 1892 and is the namesake of Caspar Wistar, M.D., a prominent Philadelphia physician. 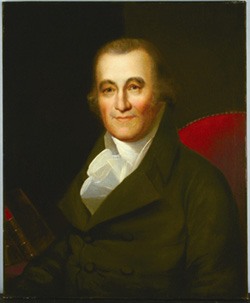 Wistar, who began his medical practice in 1787, was the author of the first American textbook on anatomy, and succeeded friend Thomas Jefferson as president of the American Philosophical Society. In 1808, Caspar Wistar became chair of the Department of Anatomy at the University of Pennsylvania School of Medicine. 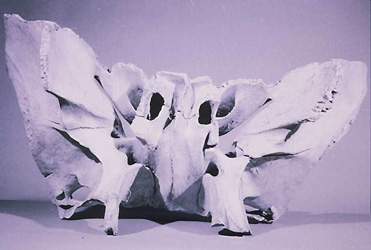 Shortly before his death, Wistar appointed physician William Edmonds Horner, M.D., as caretaker of the museum collection. Horner maintained and expanded the collection of anatomical specimens and the combined collections became known as the Wistar and Horner Museum. 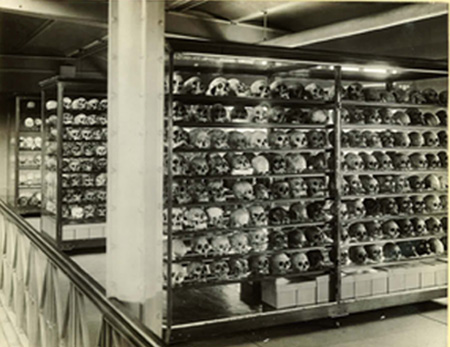 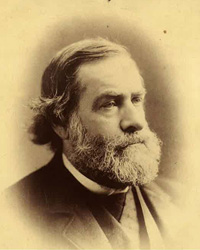 By the late 1880s the collection had grown so large and well used that it began to show signs of wear, a situation compounded by a fire in the University of Pennsylvania hall where the museum was housed. University Provost William Pepper, M.D., began a fundraising campaign to provide refurbishing and a permanent home for the Wistar and Horner collections to assure their continued availability for the study and teaching of medicine. 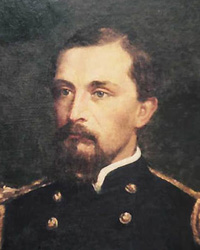 Enter Isaac Jones Wistar, the great nephew of Caspar Wistar. A prominent Philadelphia lawyer and former Civil War Brigadier General, Isaac Wistar made an initial gift to Provost Pepper’s campaign to save the museum. Determined to create a lasting gift for the serious study of biological research and preserve his great uncle’s teaching collection, Isaac Wistar later funded an endowment and research building for The Wistar Institute of Anatomy and Biology.

The original building, constructed in 1894 and today still a part of the Institute’s research facility, was designed by Philadelphia architects George W. and William G. Hewitt and sits at the corner of 36th and Spruce streets. The Institute is listed in the National Register of Historic Places as part of the historic university area and is also recognized by a historic marker from the Pennsylvania Historical and Museum Commission.

Shortly after the turn of the 20th century, The Wistar Institute began to embody Isaac Wistar’s dream of a center for “new and original research” in the biological and medical sciences. Under the leadership of Milton Greenman, M.D., and Henry Donaldson, Ph.D., the Institute developed and bred the WISTARAT, a breed from which more than half of all laboratory rats today are thought to be descended.

The Institute also gained international recognition as a training ground for young scientists thanks to the scientific journals published by The Wistar Press. During World War I, when most of Europe was unable to print or purchase scientific publications, The Wistar Press distributed thousands of free journals among the scientific community. By 1925, the Institute had solidified its reputation as a center of American biology.

Seminal Advances in the 20th Century

The modern era of scientific discovery at The Wistar Institute began under the leadership of Hilary Koprowski, M.D. Beginning in the 1950s, the Institute became a leader in vaccine research. This research was made possible by the discovery of a cell line known as WI-38. Developed by Leonard Hayflick, Ph.D., and Paul S. Moorhead, Ph.D., WI-38 served as the basis for many safe vaccines, including vaccines against rubella and rabies. 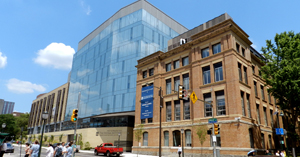 By the 1970s, Wistar was devoting a major part of its time and budget resources to cancer research, and in 1972, the Wistar Institute earned the distinction of designation as a National Cancer Institute Cancer Center in basic research.

For the past 20 years, Wistar’s researchers have expanded their studies in the areas of cancer biology; genes, gene expression; DNA biology; immunology and virology; and translational research. Wistar scientists were among the first to develop monoclonal antibodies, protein molecules able to detect and destroy foreign invaders, including cancer cells. Wistar scientists have also identified significant genes associated with breast, lung, and prostate cancers and infectious agents including HIV and the Zika virus. The opening of the Robert and Penny Fox Tower in 2014 significantly expanded the Institute's available lab space, allowing Wistar to hire more scientists and continue to foster a culture of collaboration.

Our scientists continue to conduct multi-disciplinary investigations on all types of cancers, as well as viral and autoimmune diseases. For 125 years, Isaac Wistar’s vision and legacy have enabled The Wistar Institute to continue its groundbreaking research aimed at improving the health of all mankind.