The Wistar Institute will be suspending normal operations and closed on Monday, June 1.

Recently, Wistar had the great honor of bestowing its annual Women & Science’s Helen Dean King Award upon Dr. Mary-Claire King, one of the most esteemed and productive scientists of our time, in recognition of her seminal contributions to science and human health.

King needs no introduction as the impact of her work in human genetics speaks volumes: She established the hereditary nature of breast cancer and identified mutations in the BRCA1 gene as the culprit of the phenomenon, shifting the view of the role of genes in cancer.

She also put her expertise at the service of humanitarian efforts around the world, applying genomic sequencing to identify victims of human rights abuses by, for example, reuniting more than 100 children who were kidnapped during the “Dirty War” in Argentina with their biological families.

After the award ceremony, with extreme clarity and verve King presented a fascinating overview of how an evolutionary biologist by training, she took on the task of deciphering the mystery of breast cancer heredity, from the first observations in the pre-genetics era through the Human Genome Project revolution, to the functional studies of the BRCA1 protein and the current options for prevention and targeted therapy.

King traced the beginning of the story back to the 1860s, when French surgeon and pathologist Paul Broca described familial breast cancer for the first time in medical history and postulated the existence of “unknown dispositions of the body which precede the first appearance of certain tumors.” Boca didn’t know genetics but based his conclusions on the study of family trees and autopsy cancer tissues. Later, in the 1970s, Broca’s hypothesis was formalized with statistical and epidemiological studies showing that women with a first-degree relative affected by breast and ovarian cancer had a higher risk of developing the disease.

This is when King entered the field of cancer epidemiology and genetics and began her “hunt” for what turned out to be the genetic origin of breast cancer. At that time, cancer research mainly focused on the role of viruses as the cause of cancer, so King’s working hypothesis of a genetic transmission of breast cancer was regarded with strong skepticism. Thanks to her background in evolutionary biology, she approached the question by building mathematical and statistical models to search for parameters that could explain the patterns of breast cancer in some families. She became convinced that the alteration of a single gene was the answer.

As King recalls, a lucky coincidence happened in the early 80s when the National Cancer Institute (NCI) was conducting a large epidemiological study to analyze the relationship between the use of oral contraceptives and breast cancer. King asked Dr. Frank Rauscher Jr., then NCI director, to include a question to study participants regarding family history of breast cancer. This resulted in data from more than 1,500 women, which King compared with her mathematical predictions, confirming her model of genetic transmission of breast cancer risk and existence of a breast cancer gene.

This model postulated that women and men in high-risk families inherit mutations in one of their two copies of this gene in all the cells of their body. These individuals remain healthy until a second mutation, referred to as “second hit,” alters the other copy in breast and ovarian cells, completely removing the gene function in these tissues. This pattern of transmission, known to geneticists as autosomal dominant, explains why mutation carriers have a much higher risk of cancer and, at the same time, why cancer doesn’t occur in 100% of the cases, requiring a second mutation event.

A few years later, in the mid 90s, similar studies conducted on the Eastern European Ashkenazi Jewish population confirmed King’s results on a completely different set of families, showing that women carrying mutations in breast and ovarian cancer susceptibility genes had a 70-80% risk of developing breast cancer, the same King estimated in the 70s with her mathematical model.

In the late 80s, however, the existence of a breast cancer gene was still a theory. To prove it, King had to find it or, as she said, “hold the gene in her hands.” Without the molecular biology technologies available today, it took a total of 17 years of hard and diligent work to finally hunt down the gene, later named BRCA1 and map it to chromosome 17. The results of this long effort, published in 1990 in Science, initiated a race to sequence BRCA1, eventually won by Myriad Genetics in 1994.

Soon after, another gene named BRCA2 was discovered, whose mutations are transmitted in the same pattern as BRCA1. It only took one year to sequence the full BRCA2 gene because at that point the Human Genome Project was underway and thanks to new technologies that had become available.

Thanks to King’s pioneering work, it is now well established that women who carry mutations in BRCA1 have more than 60% and close to 40% risk of developing breast and ovarian cancer, respectively, before age 70. For carriers of a BRCA2 mutation, the risk is around 45% for breast and 25% for ovarian cancer. More breast cancer genes have also been identified.

King is a fierce advocate for prevention in at-risk women and those in the general population, as in some cases, when family history is not available or the mutation is inherited from fathers who didn’t develop cancer, identifying women at risk can be challenging.

In a Journal of the American Medical Association (JAMA) commentary in 2014, King maintained that every woman should be offered genetic screening of breast cancer susceptibility genes by age 30 as a routine practice, so that carriers can opt to undergo risk-reducing surgery to remove their breasts and ovaries or remain under strict surveillance for early cancer detection.

“Every BRCA mutation detected after diagnosis is a missed opportunity to prevent cancer,” said King in closing her talk. “No women should die of breast or ovarian cancer, because these diseases can be preventable with the right screening approach.” 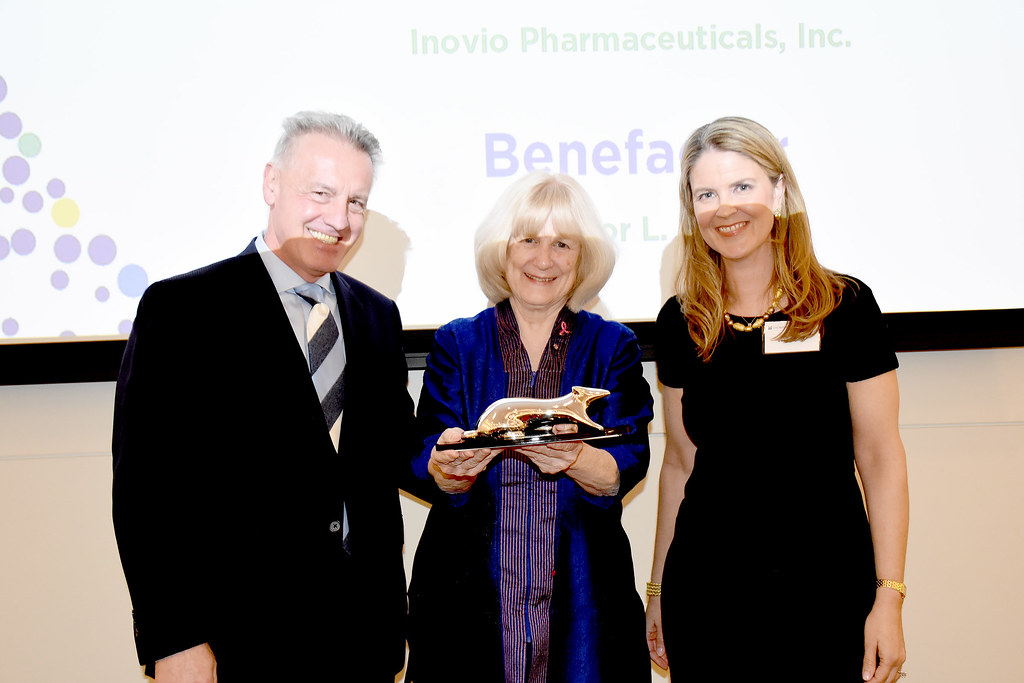