In a time when targeted therapies and immunotherapies have revolutionized the treatment options for melanoma patients, and yet a substantial proportion of them don’t benefit from these new approaches, researchers are looking for factors that affect the host response and how to modulate them. Some of the world’s leading experts in basic and clinical melanoma research gathered at Wistar this past week for the 2nd Noreen O’Neill Melanoma Research Symposium to discuss the progress and challenges in the field.

Jessie Villanueva, Ph.D., assistant professor in Wistar’s Molecular and Cellular Oncogenesis Program, welcomed nearly 200 attendees and acknowledged the partners that provide funding for melanoma research at Wistar and the O’Neill family and friends for supporting the symposium and being longstanding partners for the Institute.

Noreen O’Neill was a melanoma patient and fierce advocate for melanoma research funding and awareness who worked with Meenhard Herlyn, D.V.M, D.Sc., professor in Wistar’s Molecular and Cellular Oncogenesis Program, to create the Noreen O’Neill Melanoma Foundation for Melanoma Research. She was diagnosed in the ‘90s, when immunotherapy for melanoma was at its dawn and very few options were available for treating patients.

“Unfortunately, melanoma took her life in 2000, but she would be very proud of how far we have come in these 20 years, also thanks to her work and to her sister, Kate, who took over the Foundation after Noreen passed,” said Herlyn in the opening remarks. “This symposium, made possible through the Noreen O’Neill Melanoma Research Fund, is an opportunity for all of us to assess the progress we’ve made and how far we still have to go to cure melanoma.”

One of the latest fields of investigation on the host response to therapy is the microbiome. Jennifer Wargo, M.D., associate professor at MD Anderson Cancer Center, presented her studies on the effects of the microbiome on the response to immune checkpoint blockade. She and her collaborators found that higher diversity in the microbes that populate the patients’ gut correlates with better response and longer survival. Same goes for the composition of the microbiome, with some types of bacteria enriched in responders and other types more commonly found in non-responders. Wargo also reported that patients bearing the favorable microbiome type tend to suffer less severe side effects from immunotherapies.

Wistar’s Ashani Weeraratna, Ph.D., professor and co-leader of the Immunology, Microenvironment and Metastasis Program, talked about the influence of aging on melanoma progression, specifically on local microenvironment, which becomes more permissive to rapid invasion by cancer cells, on the leakiness of the lymphatic vasculature that allows melanoma cells to escape and diffuse to distant sites, and on the metastatic process in the lungs, where aging promotes the awakening of dormant tumor cells into proliferative cells.

“Our journey through the melanoma microenvironment has taught us that aging influences disease progression on many different levels, which we are beginning to understand,” she said.

Richard Marais, Ph.D., from Cancer Research UK Manchester Institute, discussed his team’s approach to translating basic discoveries into information that can drive therapeutic choices. He also discussed how the original discovery of the BRAF gene as a genetic driver of melanoma in 2002 led to the creation of animal models that can be used as highly controlled tools to study molecular factors that predict response to immunotherapy.

Suzanne Topalian, M.D., professor and associate director at the Johns Hopkins Bloomberg-Kimmel Institute for Cancer Immunotherapy, recapitulated the decade of progress in treating advanced, unresectable melanoma with checkpoint blockade therapy, which brought up the three-year survival rate of this group of patients from 5% to 50% since the first clinical trial in 2006. She presented her work on adapting immunotherapy to other cancers, including Merkel cell carcinoma, basal cell carcinoma, cutaneous squamous cell carcinoma, and to difficult-to-treat populations, such as immunosuppressed patients.

“Melanoma is a case study for the war between the immune system and cancer,” said Topalian.

Wrapping up the symposium, Herlyn commented that immunology and biology are coming together to cure melanoma, stressing the importance of collaboration and multidisciplinary approaches, which were in fact a common theme in many of the presentations.

“Big breakthroughs are not likely to happen in single labs, as impactful discoveries require the coordinated work of many,” he said.

Although translational research ultimately saves patients’ lives, basic research is still the essential starting point. Herlyn encouraged all attendees to ‘keep experimenting in the lab,’ because the potential impact of basic discoveries becomes evident down the road and, thanks to the new technologies, the timeframe for moving lab discoveries to the patients is getting shorter and shorter. 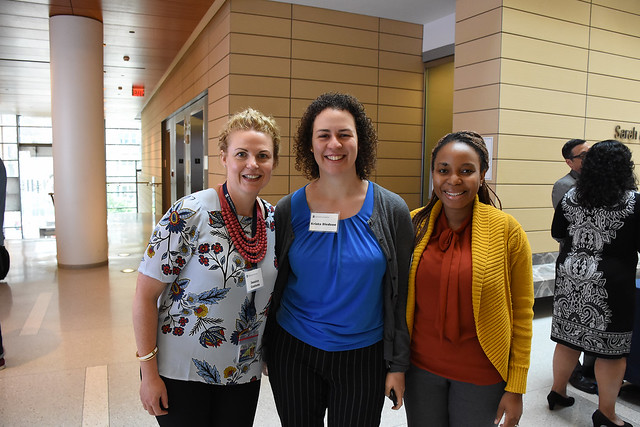 The speakers covered the major challenges facing melanoma patients today, including therapy resistance and metastatic disease, and the latest advances in science that will help improve treatment.