A Tribute to Robert A. Fox

It is with a heavy heart that we share the sad news of the death of our beloved friend, leader and philanthropist, Robert A. Fox. Throughout his forty-seven years as Wistar’s staunchest champion, Bob transformed Wistar making it a beacon of innovation focused on improving human health.

A member of Wistar’s Board of Trustees since 1974 and Board chair from 1984 to 1994, Bob also led the “Building Wistar, Changing the World” capital campaign. The five-year, $35 million campaign supported the construction of Wistar’s Robert and Penny Fox Tower, with six floors of state-of-the-art laboratory space. The new tower enabled expansion of Wistar’s research operations and scientific faculty and fostered opportunities for collaborative biomedical research, becoming a place of choice for leading vaccine and cancer research scientists to call their scientific home.

Over the years, Bob along with his wife Penny contributed to many initiatives, including the endowment of the Robert & Penny Fox Distinguished Professorship held by Wistar Cancer Center director Dario Altieri, M.D.; the launch of the Robert A. Fox Structural Biology Center; and the renovation of Wistar’s Grossman Auditorium. Bob was the first recipient of The Wistar Award in 1994, an honor that recognizes individuals who have been instrumental in ensuring the continuing vitality of the Institute.

“Bob Fox is Wistar, our present and our future. His vision transformed the Institute, enabled our science, and created a unique space for innovation and risk-taking,” said Dario Altieri, M.D., president and CEO, Cancer Center director, and the Robert and Penny Fox Distinguished Professor at The Wistar Institute. “He did so as a leader, a mentor and a role model for us all to emulate. He showed us that only an enduring, relentless drive for excellence can fulfill Wistar’s promise of creating the medicines of the future. It is that vision and commitment that brought Wistar to where it is today — to the pinnacle of research organizations worldwide. There is no greater honor and no greater distinction for me, personally and professionally, than to have my name indissolubly linked to Bob’s in the Robert and Penny Fox Professorship.”

“Bob was essential in so many ways. Not only did he expand the network of Wistar supporters, but he spearheaded the creation of the Robert and Penny Fox Tower. Bob and Penny’s generous support helped drive Wistar’s research engine forward into scientific frontiers that now have the greatest impact on world health,” said Wistar president emeritus Russel E. Kaufman, M.D.

Bob’s impact on biomedical research discovery is legend and his legacy at Wistar will be enduring for years to come.

In memory of Robert A. Fox.

Read more on Robert A. Fox’s impact at Wistar. 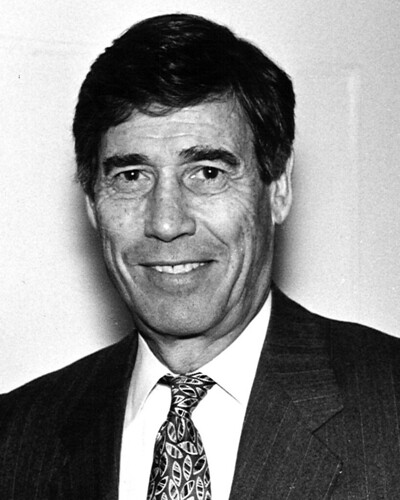